Sounds perfect, doesn’t it? When it came to their wedding day at Nauticus Marina in Osterville, Cailey and Sam certainly thought so.

Sam and Cailey kicked off their Cape Cod destination wedding weekend in laid-back beach style at the aptly named Dockside restaurant in Hyannis, located directly on Hyannis Harbor, where all of their guests were invited to join them for a casual welcome reception on Friday evening.

The next day was the “big day” and Cailey’s wedding gift to Sam made sure he was going to get to the church — well, the marina — on time. The slick watch perfectly complemented Sam’s suit. Cailey opted for pearls for her own accessories, a polished choice to accompany her elegant lace gown. The couple opted for a first look ceremony on the dock at Nauticus Marina prior to their late-afternoon ceremony. Cailey’s dad, wearing an extremely special tie for the occasion, enveloped his precious daughter in a hug before she went on to wow her groom. The look on Sam’s face!

The big, big moment had arrived. It was time to say “I do.”

After a few quick photos, Cailey and Sam parted ways. He moved on to the iconic lighthouse at Nauticus where they would exchange their vows; she found a secluded spot so she could make her grand entrance on her father’s arm. After the ceremony, Cailey and Sam’s guests moved on to the emerald green lawn along the docks for the cocktail hour. The newlyweds took a few minutes with Jess Sinatra, their photographer, to capture a few not-too-formal formal photos. With docks and dunes, and even a Good Humor truck, right there, they were able to finish their photos and join their guests in no time. Under the tent was a picture-perfect scene straight out of a bridal magazine. The couple opted for an understated dusty blue as the primary color for their décor. Classic coastal details paired seamlessly with vintage touches for an altogether singular take on beach-wedding style. The summer sun was just beginning to soften as Cailey and Sam were announced into the tent where they immediately took to the dance floor. Nice dip, Sam!

After their first dance, Sam and Cailey honored tradition with a first dance with their parents. Cailey’s expression is absolutely priceless! With formalities respectfully, and lovingly, fulfilled, the evening kicked into high gear with a sumptuous dinner and dancing. An afterparty at Baxter’s Boathouse kept the couple and their guests laughing and enjoying each other’s company into the early-morning hours. We wish you a lifetime of happiness, Cailey and Sam. 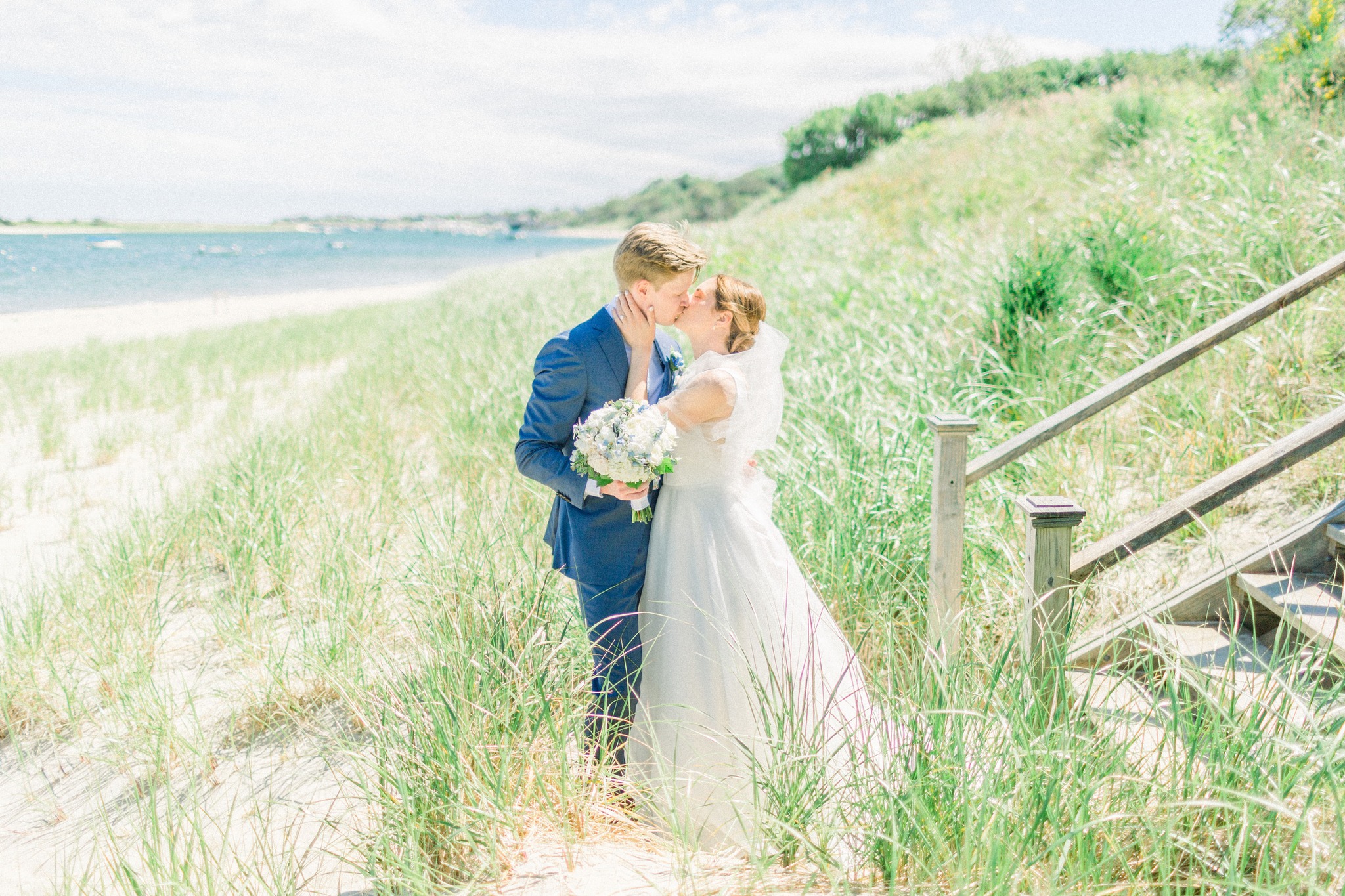