Early last September we had the pleasure to be a part of Chandler & Amir’s rehearsal dinner and wedding.  The weekend celebrated not only the love between these two wonderful men but also a huge sense of family.  We were so honored that they chose us to be such an important part of it and to be with them as they said “I do!” on such a picture perfect day in P’town.

With most of the guests being from out of town Chandler and Amir wanted to offer them a true taste of Cape Cod!  To kick off the weekend’s festivities the grooms chose Pamet Harbor Yacht & Tennis Club as the backdrop for their super casual rehearsal dinner.  Guests were greeted by passed white wine and a Create Your Own Chowder Station to start the event.  After a bit of mingling Chandler & Amir invited their guests to dine on the wonderful offerings of a Cape Cod clambake which included steamed lobsters, mussels, BBQ chicken, corn on the cob, boiled red bliss potatoes and cole slaw.  After a bit of mingling guests enjoyed old-fashioned strawberry shortcake before heading off to rest before the festivities began again the next day! Chandler & Amir’s wedding day could not have been more perfect with crisp blue skies and a light breeze coming off the water. As 95 guests arrived at the historic Pilgrim Monument in Provincetown they were greeted by a Bellini Bar featuring mango, raspberry, pear and grapefruit bellinis.  With friends and family bearing witness to their marriage, Chandler & Amir were center stage for a loving, emotion filled ceremony.  After the ceremony guests enjoyed a bunch of passed hors d’oeuvres including Spicy Thai Summer Rolls with Mango Dipping Sauce, Basil Beet Stacks and Braised Short Ribs on Cheddar Biscuits. Wanting to keep the evening casual and fun, Chandler & Amir chose to have their reception be a station style format.  As everyone made their way into the beautiful Tidewater Tent provided by Undercover Tent & Table three action stations began coming to life around the tent.  Stations included an Artisan Cheese Table with local cheese, a “Salad Bar” manned by our “salad-tenders” mixing up a fabulous menu of petite salads presented in martini and cosmo glasses and a petite entrée station featuring Seared Scallops with Crab & Sweet Potato Hash, Sliced Tenderloin of Beef with Heirloom Potato, Thyme & Gruyere Gratin with Asparagus and Wild Mushroom Ravioli with Parmesan Cream and a Fire Roasted Summer Pepper Relish. Guests were then ushered into another tent on the property to enjoy cake and coffee while dancing the night away with the grooms.  One of our very favorite moments was Chandler & Amir’s first dance that started with the two of them and then broke into a Flash Mob dance number with a group of their close friends.  As the night came to an end we offered Moon Pies and Mini Lobster Rolls as a treat to guests. When a couple opts to include their fur baby in wedding portraits and chooses a jalapeño margarita as a signature cocktail for their reception, you just kind of know their “Big Day” must have been filled with lots of fun. And so it was when Maureen and James tied the knot in Osterville, MA on a […] 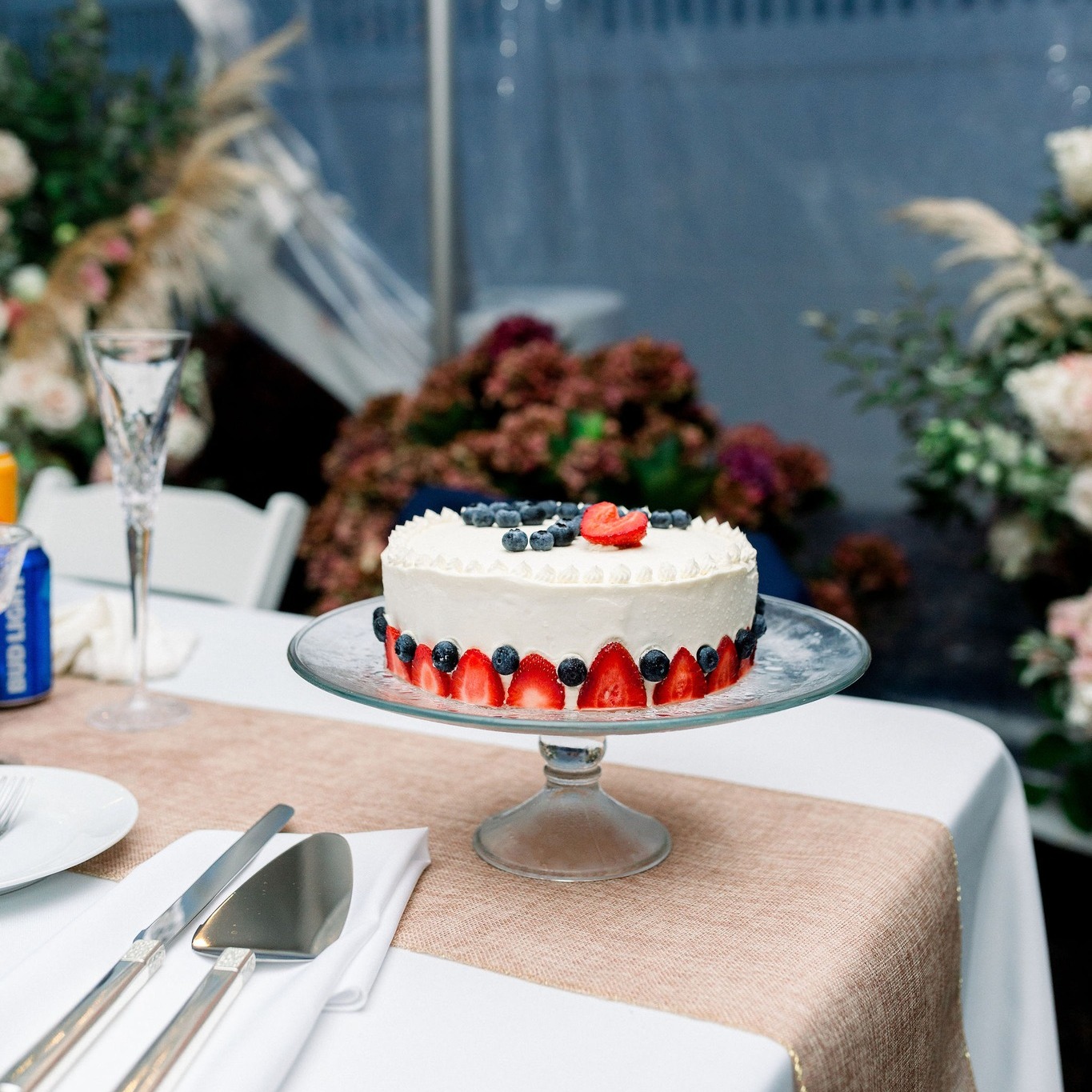